June storms are great when photographing environmental portraits like these ones of the 2013 Stampede Indian Princess Amber Big plume from the Tsuu T'ina  Nation.
She went out of her way to make sure we achieved the look we wanted.
Thanks Amber! 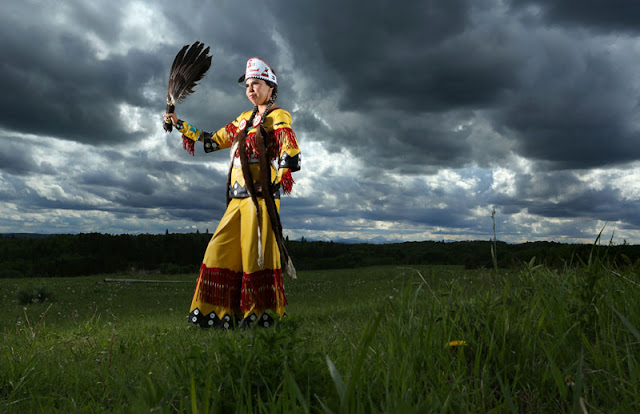 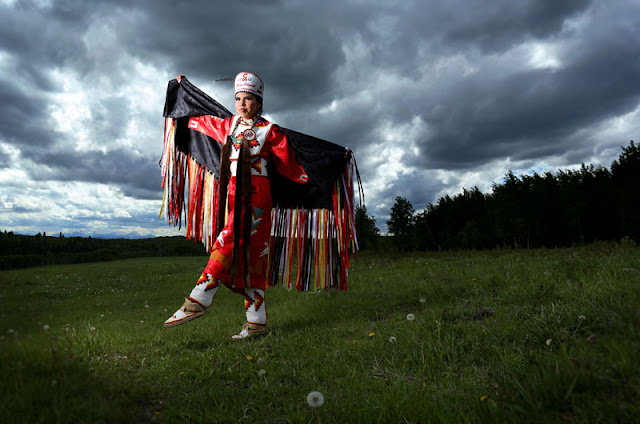 Branding at the Bar S Ranch

The rope whistles as the cowboy swings the loop over his head and hisses as it leaves his callused palms.
The loop bounces just in front of a calf's hind legs. The calf takes a step, and the cowboy lifts the rope with a jerk. The loop pulls tight and the rope goes taut as the cowboy simultaneously turns his horse and wraps a few tight dallies around the saddle horn. The calf bawls as it's dragged through the clouds of dust toward an opening in the herd to where more cowboys await.
Throughout the day, this drama will be repeated more than 700 times as the Chattaway family, with the help of friends and family, brand this year's crop of calves.
The ranch was established in the Williams Couliee valley in 1886, and over the years little has changed at branding time.
I was lucky enough to be invited out to take some snaps and enjoy the sunny day with really nice folk. 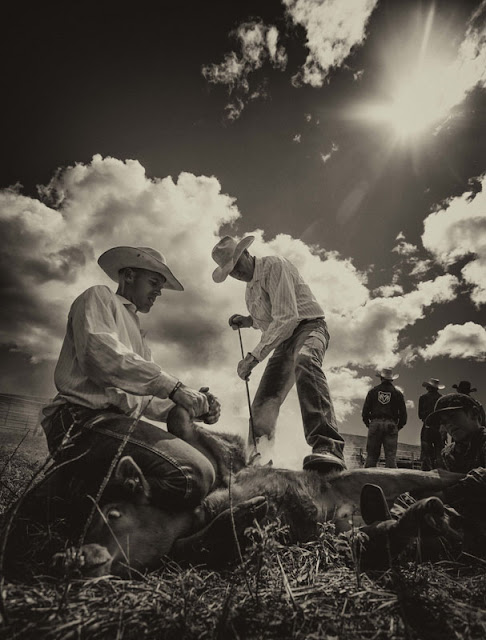 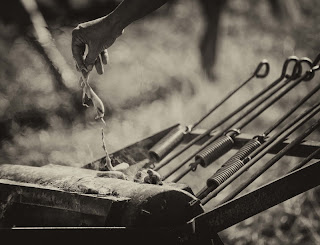 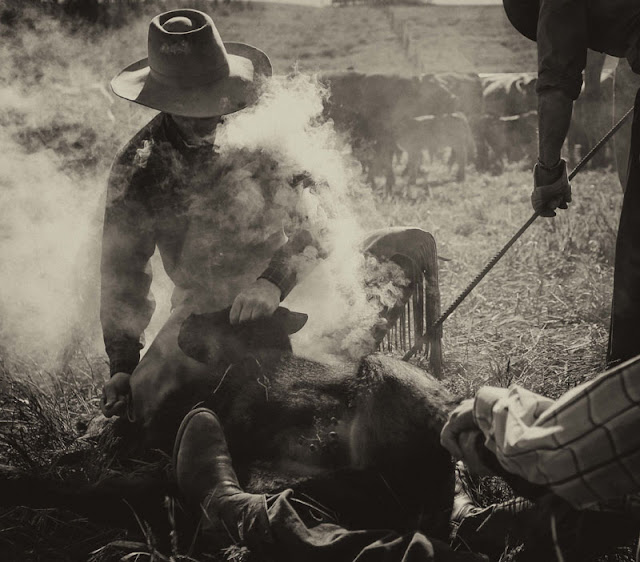 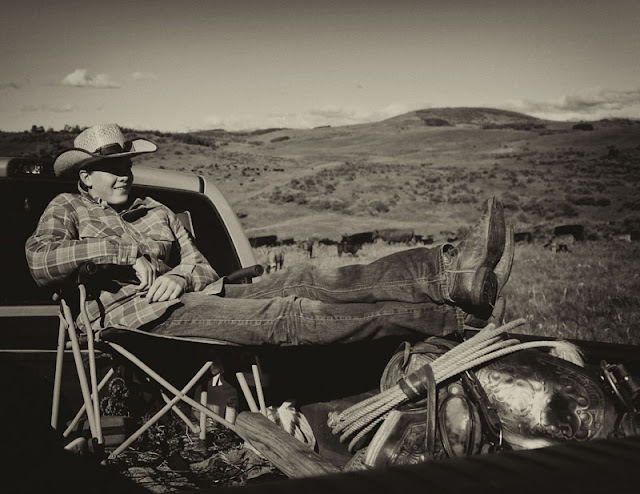 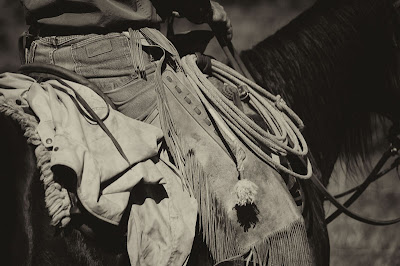 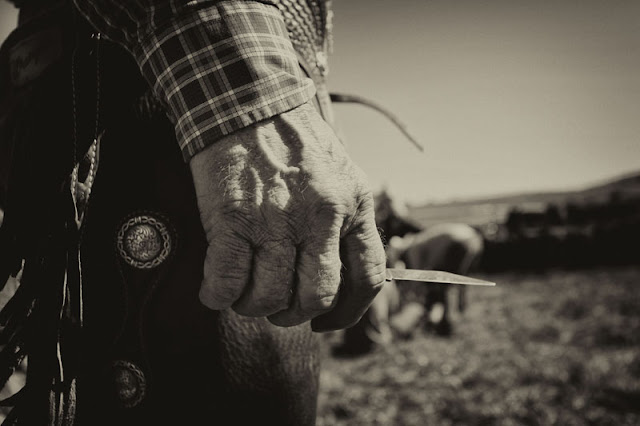 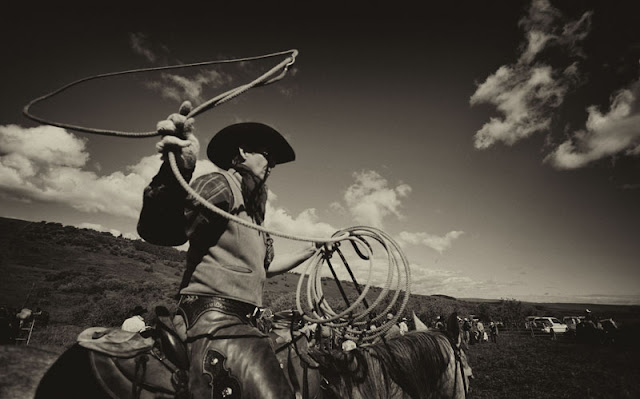 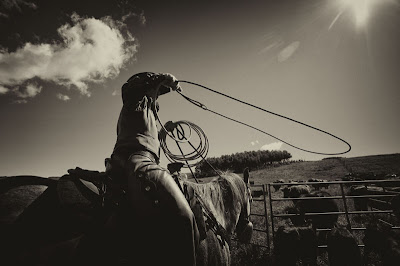 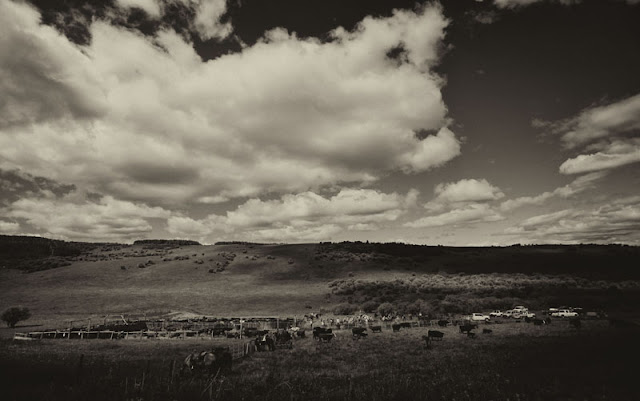 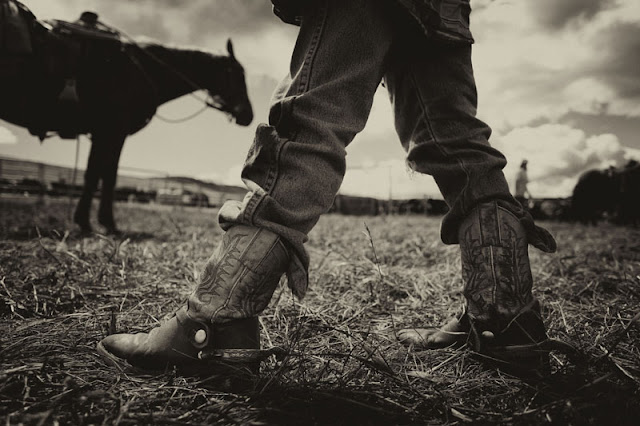 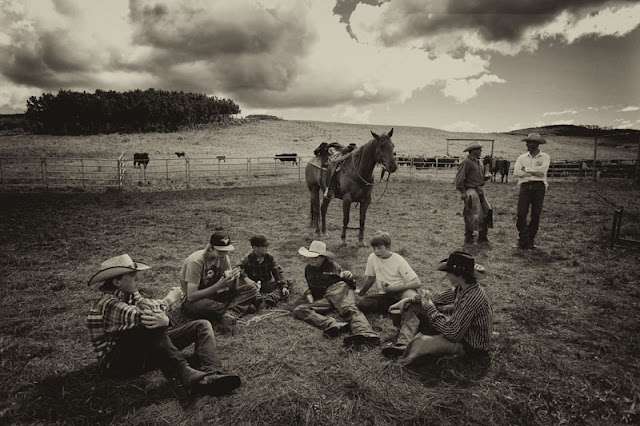 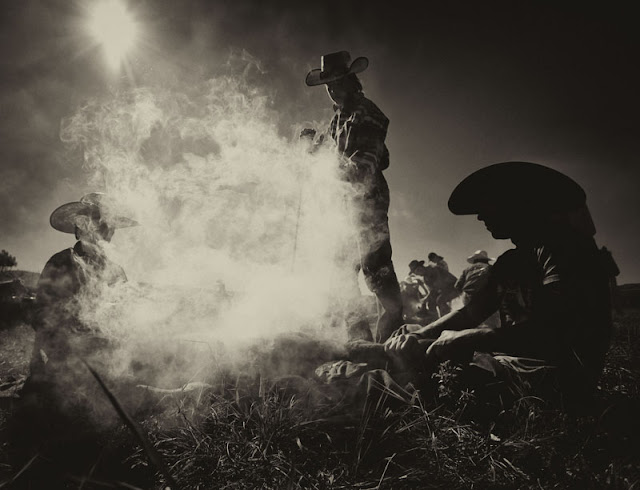 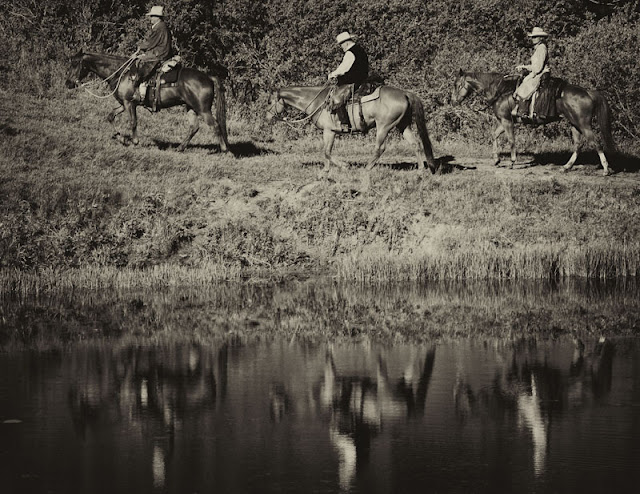 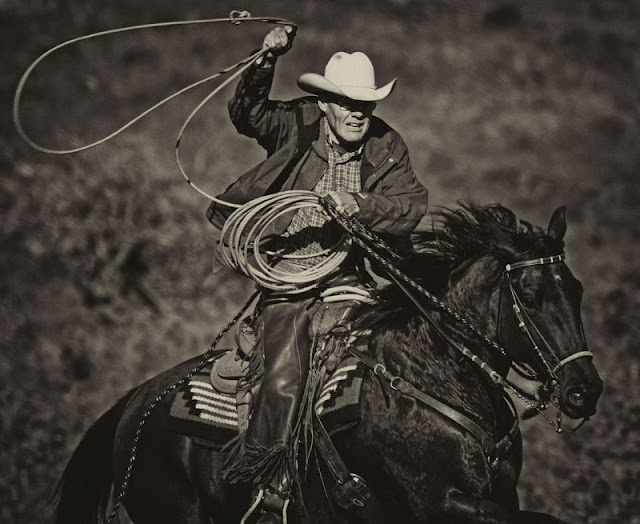 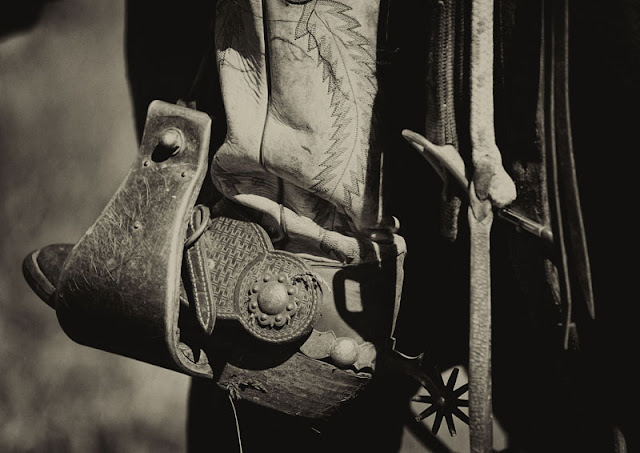 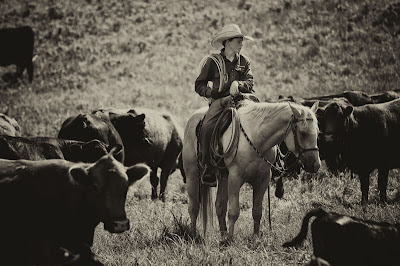 I love the idea of taking a beautiful dancer out of her everyday element and placing her on another stage.

Here's a few photos from my shoot with ballet dancer Nicole Caron. I'm always impressed by her grace and poise -- and patience (she always plays along). 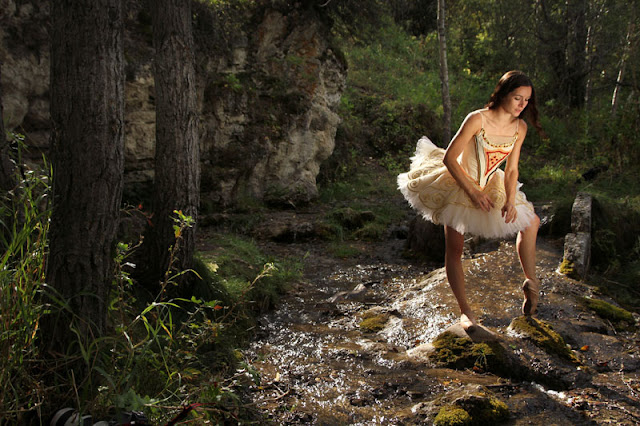 Trying to get a bison to co-operate for a photo is quite a challenge.
I was working with rancher Ivan Smith, who has gotten the reputation of being a bison whisperer, so I knew he'd help me get a few usable pix.
And also help me stay out of stomping range. Bison, or at least this group of bison, are particularly curious and when I would lay down in a few cow patties to get a fresh angle, Ivan would give me a heads-up when they wandered over for a sniff. I had to move quickly as some of the herd wanted to check me out. Having a 800 and some pound animal breathing over top of me wasn't something I needed to experience. 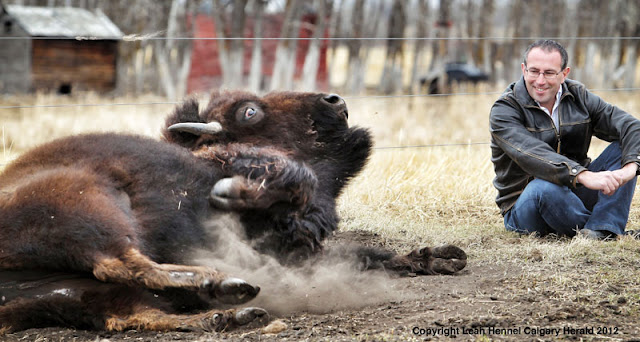 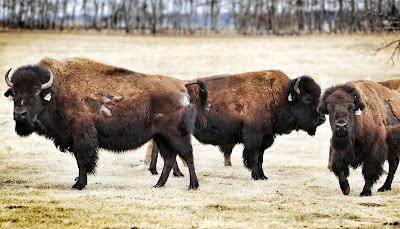 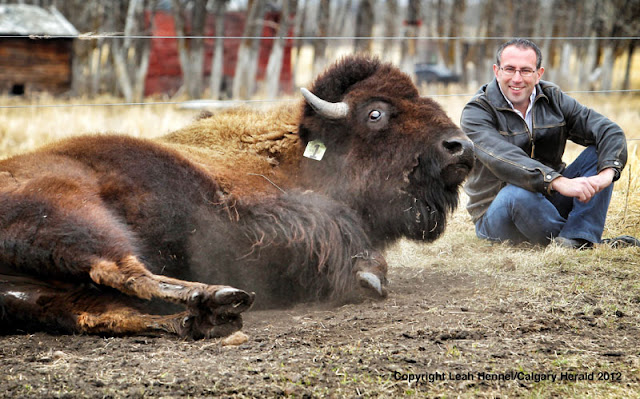 Posted by Leah Hennel at 8:13 AM No comments:

I was assigned by Swerve magazine to photograph Calgary's only female priest who is part of an international group trying to reform the church. They call themselves the Roman Catholic Womenpriests (RCWP).
But how to photograph this? In a church? Yes, that makes sense. Dressed in her vestments? Another option. Things like that are necessary to show that she is a priest.
But how to illustrate the fact that she is a women performing rites that the Catholic church only allows men to perform? And that she risks severe censure for what she's doing?
Since women priests are still in the shadows and not recognized by the Vatican, I thought the best way to illustrate this was to photograph her half in shadow.
Here are a few of the pix I took, some from the mass I attended where I could not identify members of the congregation because they feared being ostracized by family or other devout Catholics in their community. 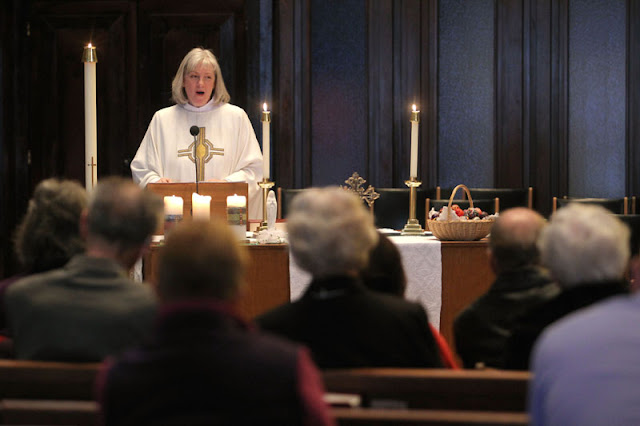 Posted by Leah Hennel at 8:48 PM No comments:

Recently, I've started working on a project in Chinatown’s Canton Block and the locals who gather to play mah-jong.
Here are a couple of pix that are in this weeks issue of Swerve magazine. 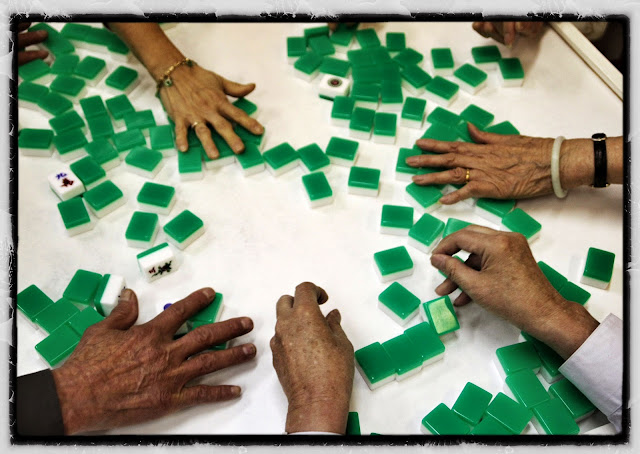 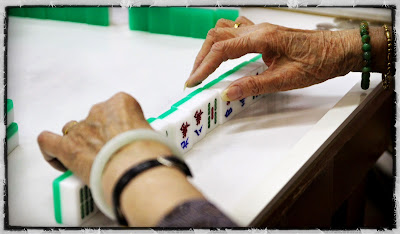 Posted by Leah Hennel at 7:39 AM No comments: